Formerly known as the Airborne Express, ABX Air is one of the top cargo airlines in the United States, with its headquarters situated at the Wilmington Air Park, in close proximity to the City of Wilmington in Ohio. The cargo airline offers scheduled freight services, but also offers ad hoc charters and ACMI (Aircraft, Crew, Maintenance and Insurance) services. Training and flight support services are also offered by the company. The parent company of ABX Air is the Air Transport Services Group. Even though the cargo airline can be used by anybody, its major customer base is covered by DHL, mainly because a large portion of the overall trade of the company is done with DHL. 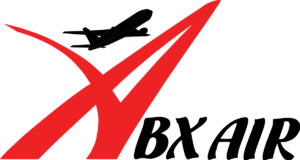 A large number of the aircraft that are used by ABX Air are also painted in the red and yellow livery that is famous for being the color scheme used by DHL. Cargo flights are also offered by ABX Air for Air Jamaica, which mainly connect from Miami to the two cities situated within Jamaica, Montego Bay as well as Kingston. It connects to the Norman Stanley International Airport as well as the Donald Sangster International Airport. Previously, the company used a Douglas DC 8 for the flights, though the company now flies a Boeing 767- 200 to handle all international flights. The company uses call sign ‘Jamaica’ during such flights.

The company came in to operational use back in second quarter of 1980, when Midwest Air Charter was first purchased by Airborne Freight. In 2003, ABX Air became a public limited company, mainly due to the merger between Airborne and DHL. The merger stated that the ground operations of Airborne Freight would be handled by DHL while the air operations would be renamed ABX Air Inc. The company also plans to exit the US domestic market.