What You Should Know About Aviation Accident and Incident

In the aviation industry, one of the most important things to focus on is flight safety. You’ll want to avoid any hiccups before, during, and after all flights, keeping crew members and passengers onboard safe and assured that they get to their destination without accidents or incidents. 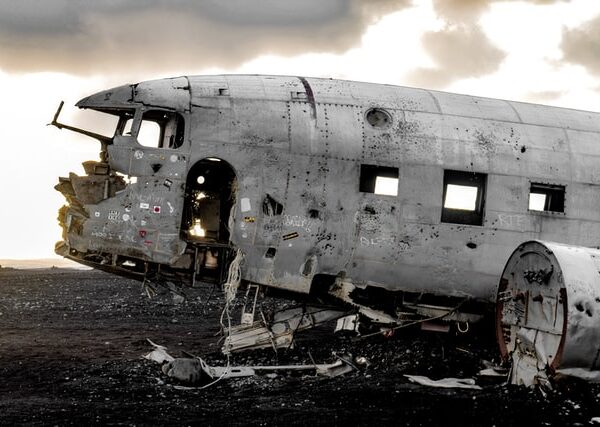 While you can be the safest aircraft owner or operator, you will still need to learn about the aviation accident and incident, from its meaning down to airlines with the best and worst safety records.

So this can help you find out the common causes of such accidents and incidents to prevent it from happening to you and your aircraft. Furthermore, learning more about this can help with insurance purposes and the like.

Read on to find out more.

What Does Aviation Accident and Incident Mean?

Before getting into the definition of aviation accident and incident, it’s best to note that there is a difference between them. They are not to be interchanged, as these are terms important to learn in case an air crash investigation arises or you will need to make a report regarding certain aircraft-related occurrences.

An Aircraft Accident is an occurrence which is associated with the aircraft operation, happening between the moment a person boards the aircraft (intending to fly) until all persons have disembarked the plane, in which:

In short, an Accident is the worst occurrence in which at least one person was seriously or fatally injured or/when an airplane would sustain great structural damage or structural failure. On the other hand, an aviation incident is any other occurrence, while there is also a serious incident, wherein an accident nearly occurs and is marginally avoided.

What is the Cause of Death in an Airplane Crash?

There are various causes of death in plane crashes, depending on different factors. It also depends on the row of seats, the terrain under the crash if ever the aircraft parts break up. The causes of death in an airplane crash would be shown and confirmed after a thorough aircraft accident investigation.

Death certificate data for aviation-related fatalities between 1980-1990 show that 42% of fatalities have ‘multiple injuries’ as the immediate cause of death, which is followed by head injury (22%), internal injuries of the abdomen, pelvis, or thorax (12%), burns (4%), and drowning (3%). In children, the most common cause of death is due to head injuries.

What Airline Never Had a Crash?

Hawaiian Airlines has been operating since 1929, known as the longest living airline without an accident and the oldest in the United States to have the perfect flight safety record. While it did declare bankruptcy twice, nothing affected their flights’ safety, with the airline continuing to operate safely to Hawaii, along the US West Coast, and the Asian Pacific.

EVA Air is a Taipei-based airline with one of the best safety records in terms of Asian carriers. The airline has never had a fatal plane accident or hull loss accident.

The three major Middle-Eastern airlines are one of the world’s safest airlines, with none losing any crew member or passenger. But with that said, there have been a few close calls, with the Emirates B777 crash landing in Dubai International, which caused substantial aircraft damage. Besides that, Qatar experienced two fire-related aircraft damage incidents, while Etihad had aircraft damage during a ground test, which injured nine people.

Which Airline Had the Most Crashes?

Based on Aviation Accident Statistics in 2018, there were 1,275 US general aviation accidents, 225 of them considered fatal. If you’re wondering about the worst airlines in terms of crashes, here are the airlines known to be worst in the world:

Based in Indonesia, this commercial aviation company has had three crashes, with its most recent crash being in 2013. The crashes and general aviation accidents occurred have resulted in 25 deaths.

Based in Japan, this airline has had three crashes, with its most recent crash being in 2015. The crashes and accidents occurred have resulted in five deaths.

Based in Ethiopia, this airline has had two crashes, with its most recent crash being in 2019. The crashes and accidents occurred have resulted in 247 deaths.

Based in Indonesia, this airline has had two crashes, with its most recent crash being in 2018. The crashes and accidents occurred have resulted in 181 deaths.

What Was the Worst Plane Crash?

The worst and deadliest plane crash is now known as the Tenerife Airport Disaster, which occurred on March 27, 1977. There were 583 fatalities, no survivors.

The deadly crash was a result of two flights, KLM Flight 4805 and Pan Am Flight 1736, both of them Boeing 747s. Both aircraft collided at the Tenerife North Airport, due to the KLM aircraft attempting to take-off without any clearance, while the Pan Am aircraft was taxiing on the same runway, as it missed its turn to leave. The report says that it was a foggy day and both aircraft were not supposed to be at the airport.

There are also other air disasters caused by poor air traffic control, as well as faulty repairs and overlooked aircraft parts, which is why proper maintenance and repair of the aircraft is an absolute must for the best aviation safety. Besides avoiding accidents and fatalities, it also prevents hull loss, though fortunately, there have been 0 hull losses based on the 2018 statistics of US Air Carriers that operate under 14 CFR 121.

Furthermore, this is the reason why airports only hire the best air traffic controllers and team members, as this is a crucial job with thousands of lives depending on them!

What is the Longest Non-Stop Flight?

The longest non-stop flight goes to Qantas, who set the record last October 2019.

The Qantas aircraft took off from New York, USA, and did not stop until reaching Sydney, Australia, over 19 hours later, which set the record for the world’s longest non-stop flight.

This feat was achieved through months of planning, researching, and testing, which has helped the company launch nonstop flights between Australia to New York and London, which would save up to four hours of travel time.

Before Qantas, the longest non-stop flight was Singapore Airlines traveling from Singapore to Newark, which was 18 hours and 45 minutes long.

Besides aircraft, an aviation accident and incident may occur in drones and unmanned aerial vehicles (UAV) as well.

The common causes of such crashes include:

While one might assume that drones and UAVs are smaller devices that don’t do much harm, there have been near-misses and verified collisions involving drone operators flying in violation of safety regulations. That is also why flight safety is important among all types of aircraft and UAVs, which helps in airplane accident prevention.

Hopefully, you learned a lot regarding aviation safety, as well as the aviation accident and incident. Continue studying the different aspects of aviation, whether you own an aircraft, helicopter, drone, or UAV, to ensure your aircraft and operations run smoothly.